When Dyena Systems created their impressive Vessel Impact and Motion Monitoring System (VIMMS), they knew that reliability and robustness were critical to ensure they had customers’ confidence in their solution. They chose the Actisense A2K cables & SBN-1 to ensure that reliability. 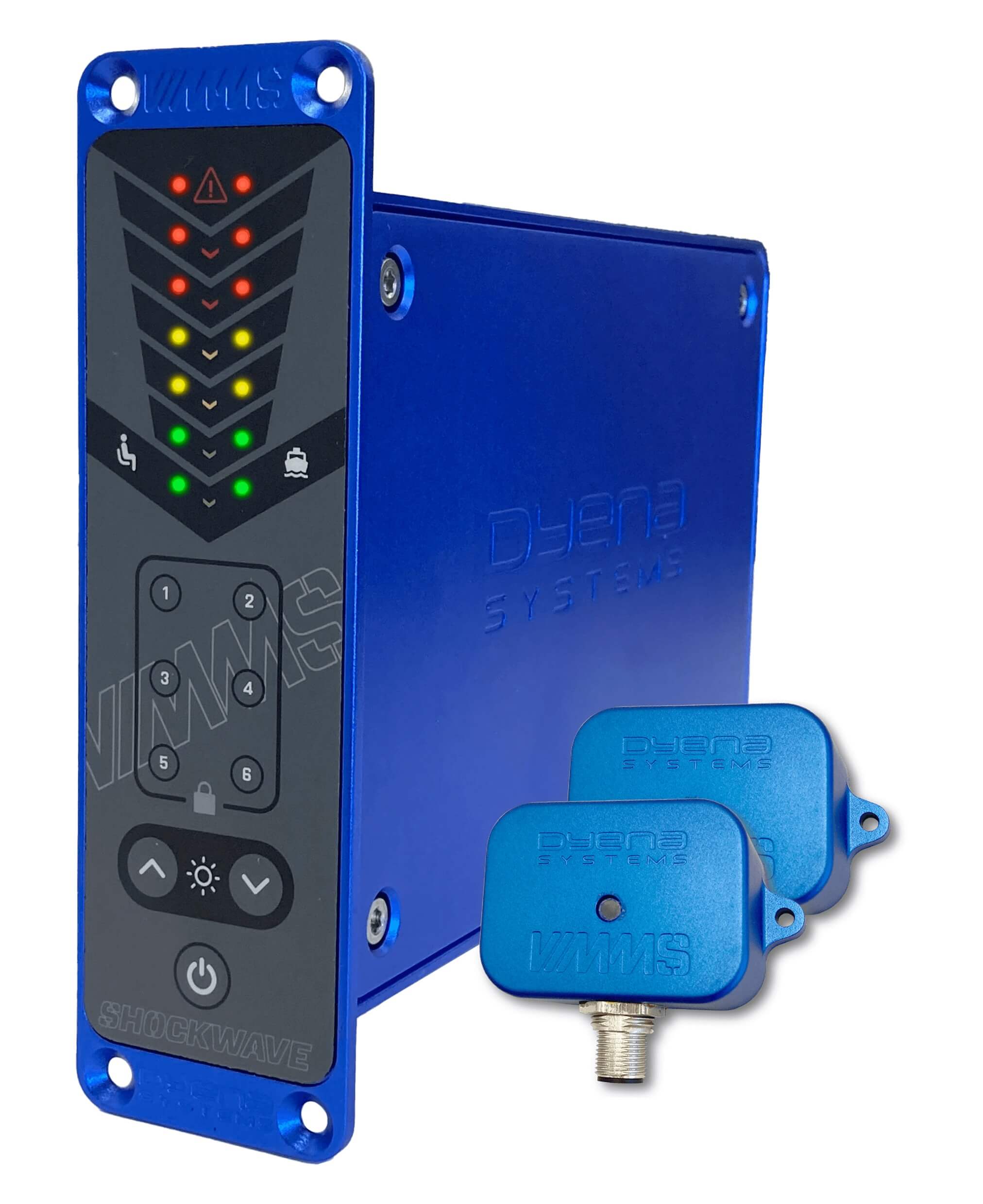 When Dyena Systems created their impressive Vessel Impact and Motion Monitoring System (VIMMS), they knew that reliability and robustness were critical to ensure they had customers’ confidence in their solution.
VIMMS has been cleverly designed to monitor crew and vessel levels of shock and vibration during operations in waves and at high speeds – particularly vital in RIBs and other high velocity craft.

The VIMMS system comes complete with a helm unit and two remote sensors for measuring accelerations on the vessel structure and at the helmsman’s seat. A twin LED display provides simultaneous feedback on the impacts received by the vessel and crew. Users benefit from configurable settings to allow thresholds to match LEDs response to the vessels expected operating conditions.
With real-time feedback, helmsmen can adjust their speed or course before limits are exceeded, reducing repeated shock and whole-body vibration exposure to the crew or damaging shock impacts to the vessel and equipment.

To connect their products onboard, Dyena chose the Actisense range of NMEA 2000 micro cable assemblies (ranging in size from 0.25m to 10 metre), which are renowned for their strength and durability, particularly in harsh seagoing conditions.
In addition, Dyena chose to include the Actisense SBN-1 Self-contained Boat Network, as a neat all-in-one hub which has built-in termination and simply needs to be connected to power to provide connection for up to 4 NMEA 2000 (CAN Bus) devices.

James Glover, Managing Director of Dyena Systems commented: “VIMMS was developed in collaboration with SHOCKWAVE Seats to the US Coast Guard’s specification, so we know that our system directly meets their stringent requirements. We knew the Actisense brand well and we chose to include Actisense products for connecting our products due to their quality and reliability. The 4way SBN-1 suits our latest product (VIMMS) perfectly, making installation simple and removing any chance of error.”

Justin Cohen, Head of Commercial at Actisense, added: “The work that Dyena is doing to help mariners combat the effects of shock and vibration is immensely important – both for as much for the crew as well as it is for the vessel. It was clear from our first conversation with them that they were passionate about the reliability of their system, and we are delighted that they have chosen to use our cables and Self-contained Boat Network as part of their solution.”

VIMMS is currently deployed across three continents and now available to commercial operators and boat builders. Watch the great video demonstration at www.dyena.com/vimms.