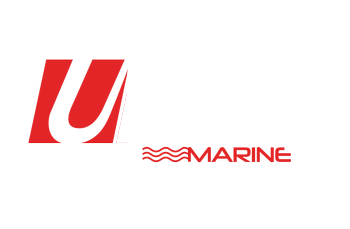 Having discovered the gap in the market for leisure boaters with older vessels that were potentially prone to engine problems (largely caused by faulty wiring and gauges at the helm due to corrosion and poor connections), Unichip identified that boat owners were naturally concerned about the potential for overheating – or indeed failure – of their expensive engines. The team at Unichip, led by world-renowned race car engine tuner, Richard Berg, developed their innovative solution to put control back in boater’s hands.

How the solution helps boaters

The Unichip marine system has 2 simple goals: Make sure it’s easy to fit and deliver a safer, more enjoyable boating experience. The fully functional engine diagnostic and warning system takes data from the engine sensors rather than analogue gauges and senders and converts it to useful NMEA 2000 data, which is easily readable on MFDs and chartplotters. This means boaters no longer need expensive diagnostic equipment to check ECU data as it is right in front of them constantly.

In a cruising state, on plane at 20 knots with the map turned on, the fuel consumption sat at 1 kilometer per liter of fuel. When the map was turned off, the vessel dropped out of plane and would not climb back up again. While cruising in this state, the fuel consumption was 0.51 kilometers per liter while cruising at 9 knots. After adjusting the trim, the craft eventually managed to come back onto plane again: this time only cruising at a speed of 16 knots while consuming 0.85 kilometers per liter of fuel.

This shows that while cruising on plane with the benefit of Unichip marine’s map on, the average fuel saved is 15 % while climbing onto plane sees a reduction of 50% fuel used.*

*On average over 4 runs, 2 with and 2 against the tide – over the distance of 1 nautical mile – the time it took to get onto plane was reduced by over 1 minute and used 8% less fuel under full throttle. 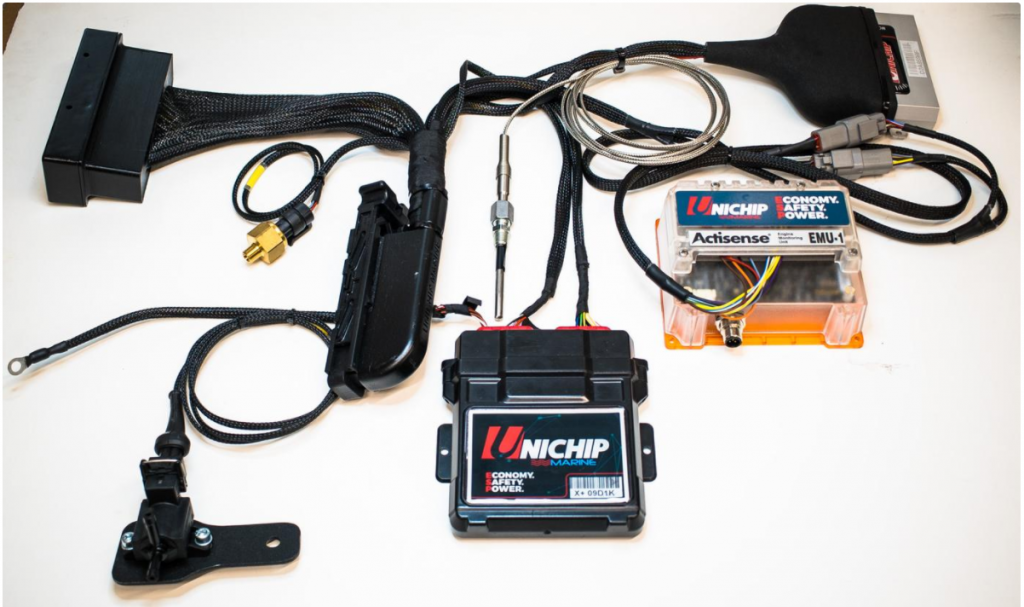 Recognising the challenges that the marine environment presents regarding fuel management, a fuel pressure sensor was added to the system. Many older craft do not use this despite it being a valuable diagnostic aid and early warning system of a potential problem. The product has developed from a simple performance enhancement unit to a fully-functioning control unit that only gives added performance if it is safe to do so, displaying engine data and alarm warnings on the MFD with ease. In order to achieve that, the team approached Actisense, the globally recognized experts in NMEA connectivity.

Making use of the Actisense EMU-1 (NMEA 2000 Engine Monitoring Unit), Unichip had the immediate ability to bring the analogue data from engine gauges and senders directly on to the NMEA 2000 bus. Actisense provide a robust library of gauges in their Toolkit software, and also provide a Custom Gauge Manager to allow users to set their own parameters.

The EMU-1 was first brought to market in 2013 and has enjoyed several updates and enhancements since then. Actisense, who are also renowned for their NMEA data conversion technology and networking equipment, are represented around the globe by a network of 75 distributors in 45 countries.

“We chose the Actisense EMU-1 because we needed a reliable and customizable unit to display NMEA 2000 data. It was important for the unit to allow us to set the sensor scaling rather than simply relying on preinstalled gauges. The result is that our customers are delighted – many of them had no idea that their chartplotter could display this sort of information!”

“Unichip have developed an elegant, innovative solution, providing vital data to boaters in an easily accessible way. In many ways, we share the same philosophy of wanting to provide safer journeys through better data. We look forward to seeing the Unichip system continue to evolve and deliver more efficient and safer boating performance for their customers.”