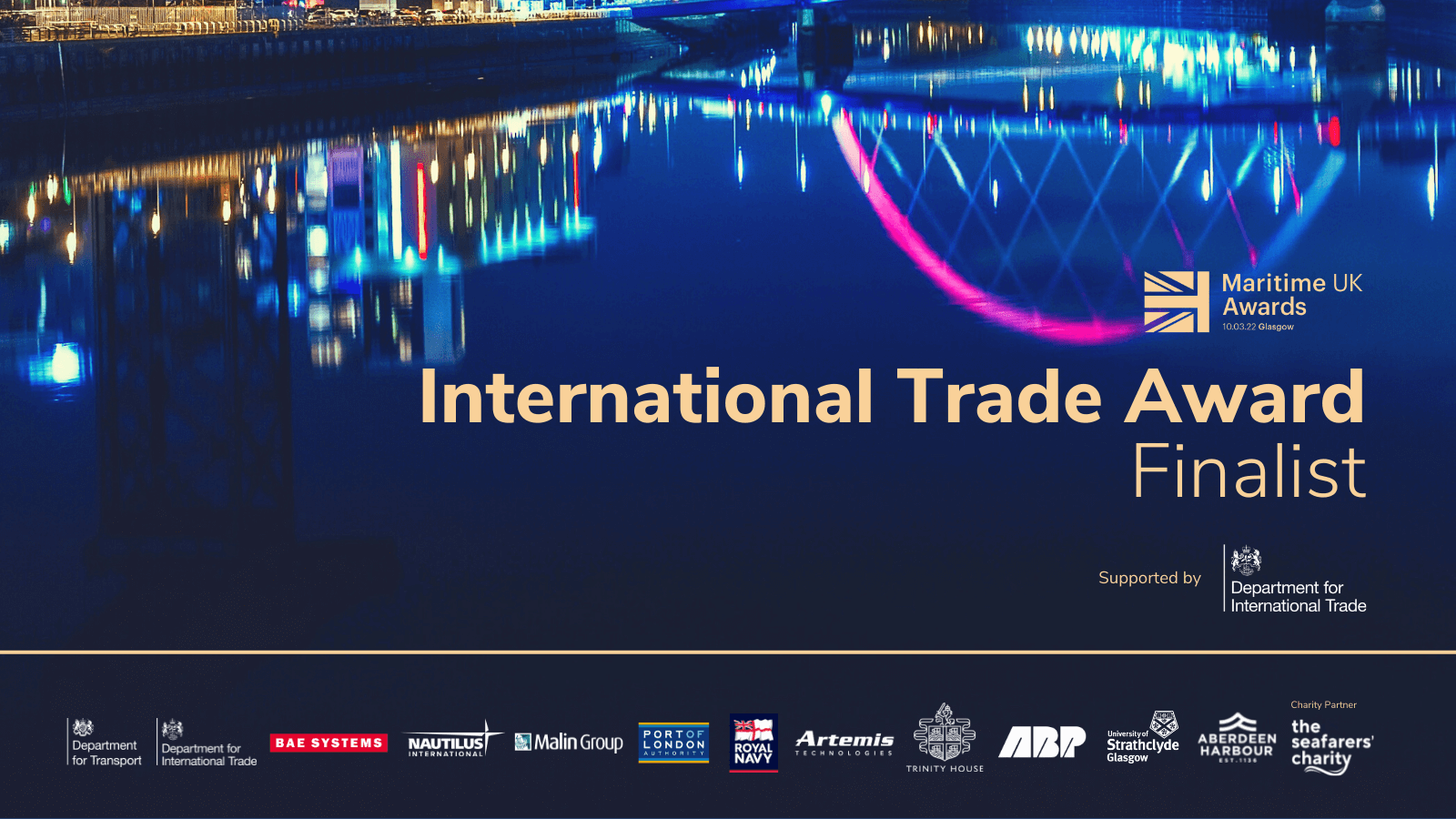 Maritime UK has announced the 32 finalists for the third annual Maritime UK Awards. The winners, across 14 different categories, will be announced at a glittering awards ceremony hosted by award-winning broadcaster, Jennifer Reoch, at the Glasgow Science Centre on 10 March.

Actisense, the marine electronics specialists from Poole, Dorset, have been named as one of the three finalists in the International Trade category. CEO Phil Whitehurst said:

“After the last two years of strange uncertainty, it’s incredibly heartening to be nominated as a finalist for the export of our electronics product range. Export is such a vital component of our business, and makes up 90% of our total revenues. We’re very proud to be based in the South West and to be able to fly the flag for quality products made in Britain. Thank you to the Department of International Trade for all their ongoing support for the growth of our business.”

The awards, which will be given to individuals as well as businesses, charities, colleges and universities, focus on a wide range of areas including business growth, innovation, sustainability and diversity. They recognise the very best of the UK’s maritime sector, organised by industry, for the benefit of the industry. For the second time, the Department for Transport’s Clean Maritime Awards are to be awarded as part of the ceremony.

Maritime UK is also announcing that the UK’s Secretary of State for International Trade and President of the Board of Trade, Anne-Marie Trevelyan MP, will be joining the ceremony in Glasgow next month. The Seafarers’ Charity has been chosen as the Charity Partner for the 2022 awards.

Highly respected experts from a variety of businesses and government departments were involved in the judging panel. The maritime sector is one of the UK’s biggest industries, adding £46.1bn to the economy every year, and supporting 1.1 million jobs.

With the UK government having launched its first long-term strategy for the sector, Maritime 2050, the award categories mirror its themes. In June 2021, Maritime UK published a stocktake of progress in implementing the strategy, with demonstrable progress being made across the board. The 2022 awards will shine a light on many of the projects being delivered in response to Maritime 2050.

“We’re delighted to announce the finalists for the Maritime UK Awards 2022. We were absolutely blown away by the number and quality of submissions this year. Organisations and individuals across the breadth of the maritime sector are making significant progress toward our shared Maritime 2050 ambitions, and this is certainly an exciting time to be in the maritime sector.

“Maritime is a sector that is now being recognised as critical to the country’s prosperity, sustainability, resilience and future. We’re a sector that makes a significant contribution to each and every part of the United Kingdom, and Glasgow is no exception. In Glasgow and Scotland as a whole, we have an incredibly compelling maritime proposition as the UK’s second-largest cluster. It offers Europe’s largest ship management cluster, world class naval ship design, build and support, globally recognised support to offshore energy operations, world-class nautical training and maritime universities and academics.

“Congratulations to everyone that entered the awards, and in particular to our finalists. I look forward to celebrating our tremendous maritime sector in Glasgow!”