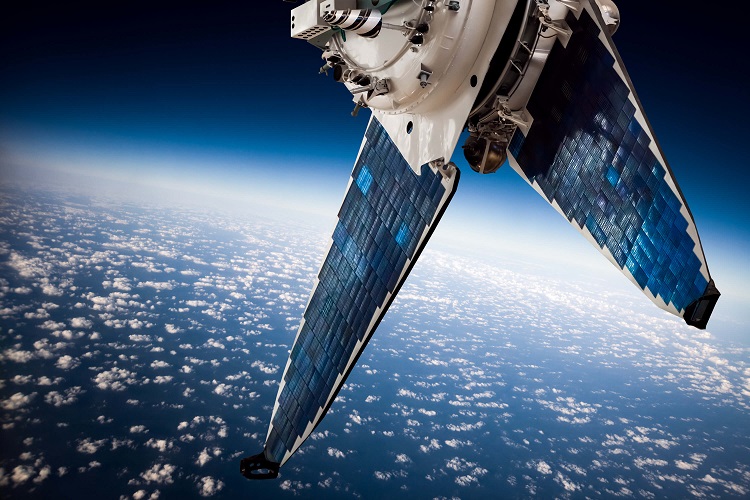 You’ve all heard it mentioned more times than you care to admit, but what is GPS?

GPS stands for Global Positioning System and is owned by the US Government. But what difference does that mean for your onboard marine electronics network? Read more...

You’ve all heard it mentioned more times than you care to admit, but what is GPS?

GPS stands for Global Positioning System and is owned by the US Government. The system was originally named Navstar GPS. It is operated by the United States Space Force (USSF). The GPS system is a satellite-based radionavigation system (RNSS) and is one of the Global Navigation Satellite Systems (GNSS). Several different systems accumulate together to form GNSS which will be discussed later…!

Currently consisting of multiple active orbital satellites, GPS is the most widely used satellite navigation system in the world, and in simple terms, GPS is a navigation system that consists of satellites, receivers, and complex calculations to determine location, speed (velocity), and time data. The satellites are positioned and orbit in such a way, that there are always usually at least 6 satellites in view, although this is not achievable 100% of the time.

A minimum of 3 Satellites is required to give a position fix, as the location is determined using Trilateration. This differs from triangulation, as trilateration only measures distance, not angles.

Trilateration works by using the three satellites and the GPS receiver to determine the distance from each satellite. Satellite #1 will broadcast a signal that reaches the GPS Receiver. The distance from the satellite to Receiver is measured, but the angle is not known (therefore trilateration is used). The distance measured creates a sphere of equal distance in all directions. This process is repeated for the 2nd and 3rd satellite. Doing this will create a point in which they all intersect, and this is how your location is determined.

Whilst only 3 satellites are required for a position fix, a fourth one is used to ‘validate’ data from the other three and improve accuracy. The distance is calculated by measuring the time taken for the signal to arrive from the satellite by the GPS receiver using the following equation:  Time delay of Signal * Speed of light = Distance

Of course, for this to be achievable, the GPS Receiver needs to have an internal clock as a way of measuring time delay. Unfortunately, the satellites have high precision atomic clocks, whilst the GPS receivers such as your mobile phone do not. In the first approximated values from the three satellites the time offset/delay would be considered zero, however, the fourth satellite provides an extra distance measurement, which in turn allows a precise time offset to be calculated. A benefit of this is that GPS Receiver times are extremely accurate, meaning that once the time is ‘locked on’, it will not drift off the time fix. Four satellite position fixes are much more accurate in comparison to three satellite fixes.

The fourth satellite can also be used to move the position fix from 2-Dimensional, into a 3-Dimensional fix, giving an altitude value.

A term quite often seen when looking at GPS devices is GNSS. The Global Navigation Satellite System (GNSS) is a combination of several Satellite position systems. This system comprises International Systems such as GPS (US), GLONASS (Russia), Galileo (EU), BeiDou (China), IRNSS (India), and QZSS (Japan).

Whilst you may see GPS mentioned frequently due to it being the most common system, and the best-known Acronym, GPS is a part of GNSS. So, what does this mean in terms of receivers and devices?

Typically, GNSS Devices are always going to be more accurate due to there being more satellites in view, resulting in greater position and time accuracy. However, GNSS devices are higher in cost and the hardware used is different. GNSS operates on a larger frequency range than GPS.

Satellite navigation systems can suffer from several issues which can hinder performance. The main culprits of this are:

What does this mean for my boat?

Position Systems are crucial to the safety and operation of a boat. There are 2 main ‘selling points’ for having a GPS on-board.

GPS data can be a lifesaver when out at sea. One main reason to have GPS data is in the case of an emergency where you need to contact the Coast Guard using your VHF. The VHF can receive position data and use DSC (Digital Selective Calling), which is then sent to the Coast Guard giving them an accurate position fix for you and your boat. This is a lifesaving feature and is considered a must-have on a boat.

Another reason for having GPS on your boat is for navigation in poor conditions or a dangerous scenario. If the weather conditions are poor, or you are trying to navigate home at night, a GPS unit or Chartplotter with GPS functionality can prove its value here. Alongside this, specific locations can be saved as waypoints. Using waypoints, routes can be created. These routes can then be followed by an onboard Autopilot, creating a semi-autonomous navigation system. I say Semi-autonomous because there are potential hazards such as other boats and rocks which will require manual input, as the autopilot alone is not capable of avoiding these.

A less common but excellent reason for using a GPS is Alarms. Some GPS / Chartplotters give you the option to set alarms such as Anchor alarms. An Anchor alarm can be set up as a virtual fence around your boat at a specified distance. Should your boat or the anchor drift out of this ‘fence,’ an alarm will sound and display an alert message.

How do our Products tie in with this?

GPS devices are available as both NMEA 0183 and NMEA 2000 products. A common scenario is the boat has an existing older NMEA 0183 GPS, but an NMEA 2000 network complete with MFDs / Chartplotters for viewing data. This is where our NGW-1 Bi-Directional conversion gateway comes in. The NGW-1 will convert the NMEA 0183 sentences transmitted from your GPS, into NMEA 2000 PGNs for all the devices on your N2K network to see. This is a much more cost-effective solution than replacing your 0183 GPS with a new NMEA 2000 unit.

With technology advancing very quickly, onboard computers and wireless devices such as iPads are becoming commonplace on a boat. Thankfully, we offer a solution to getting your data onto both. If you want NMEA 2000 data from your network to be sent to a PC Application such as Maxsea Time Zero, or our own NMEA Reader software, then the NGT-1 NMEA 2000 Gateway is the perfect solution. The device can receive every currently available PGN and transferring this to an NMEA 2000 PC application. As this device is bi-directional, you can also send NMEA 2000 PGNs from the PC Application back to the network.

Should you want wireless comms, then the Actisense W2K-1 is the product of choice here. Our wireless gateway is plugged into your NMEA 2000 network so it can receive every NMEA 2000 PGN. This device can be connected to a peripheral device via Wi-Fi, allowing data to be sent and received. As most mobile apps use NMEA 0183 as the data format, the W2K-1 can be used with these as it contains the same conversion engine as the NGW-1. Common applications such as OpenCPN and Navionics have been tried and tested with our wireless gateway.

Please note, we recommend that Wi-Fi is not used as the primary method of communication. Read more on this topic by clicking here.

Our magnifique French distributors PST are at #ParisBoatShow on stand 2.2 BC 24, with the full portfolio of Actisense solutions for your boat. If you're at the show, discuss boating electronics with THE experts in France! ⛵🧡 #nmea #marineelectronics
http://www.salonnautiqueparis.com

Are you attending the International @WorkBoat Show? Stop by booth 1511 to chat with our US Distributor, Gemeco Marine Accessories, all about the new additions to the Actisense Professional Range - https://bit.ly/3xGWwrI

Been told you need an Actisense, but not sure what you need? Download our handy Product Matrix to help you find the right products. https://bit.ly/3FVJj1c

Digital Selective Calling (DSC) is the primary use is for sending distress calls to both other vessels and shore systems. Read more about what DSC can do for you 🔗https://bit.ly/3CWhHai

VHF Marine radios are the most common method of short-range communication in the marine industry. Read our article to understand the two types and how they are used.
🔗https://bit.ly/3DK6gDV